Joe Biden Says He Caught a Cold From His Grandson

President Joe Biden has a cold, he told reporters Friday, after sounding gravelly and congested during remarks about the economy.

Speaking from the White House Friday about the November jobs report, Joe Biden's voice was unmistakably hoarse. As the 79-year-old president explained, he has a cold — one he got from his young grandson.

At the end of his speech, the president was asked by Fox News reporter Peter Doocy: "Your voice sounds a little different — are you okay?"

"I'm okay. I have a test every day — a COVID test — I've been checking for all the strands. What I have is a one-and-a-half year old grandson who had a cold, who likes to kiss his pop," Biden said, adding: "It's just a cold." The president's son Hunter — who was also on hand and held Beau as the tree was presented — welcomed Beau with wife Melissa Cohen last year, later sharing that they had named the baby boy after Hunter's big brother, who died from brain cancer in 2015.

The White House offered further clarification on Biden's cold Friday afternoon, releasing a letter from his physician that detailed the president's symptoms.

"As is readily apparent, President Biden is experiencing some increased nasal congestion this week. This can be heard in his voice and he is feeling the colloquially well-known 'frog in ones throat,' " the letter — signed by Dr. Kevin O'Connor and shared by Bloomberg reporter Jennifer Epstein on Twitter — read. 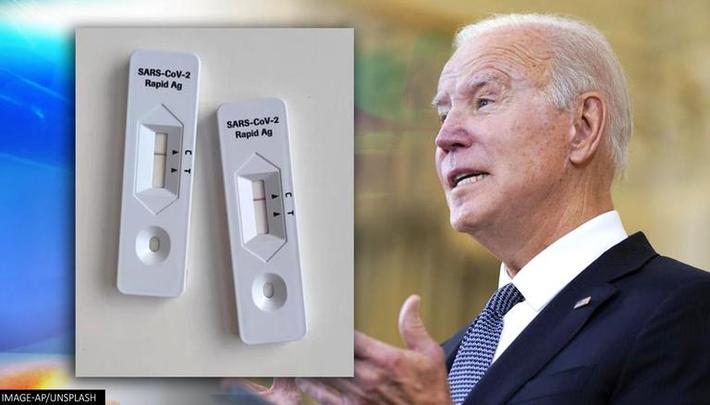 The letter further detailed that a comprehensive respiratory panel including tests for "19 common respiratory pathogens, to include COVID-19, other coronaviruses, influenza, streptococcus, to name a few" turned up negative results.

O'Connor said in the letter that Biden had been tested for COVID-19 three times this week. Treatment for his cold "will include common over the counter medications for symptoms."

According to the recent results of an annual physical at Walter Reed Medical Center, the president is otherwise healthy, a White House physician said last month.

O'Connor — who has treated Biden since he became vice president in 2009 — wrote following the physical that "the president remains fit for duty, and fully executes all of his responsibilities without any exemptions or accommodations."

According to his health summary released by the White House, Biden is being treated for several "stable" medical conditions including non-valvular atrial fibrillation, hyperlipidemia, gastroesophageal reflux, seasonal allergies, spinal arthritis, and "mild" sensory peripheral neuropathy of both feet.

Along with his physical in November, Biden also underwent a "routine colonoscopy" at Walter Reed, according to the White House — during which time Vice President Kamala Harris was temporarily transferred power. 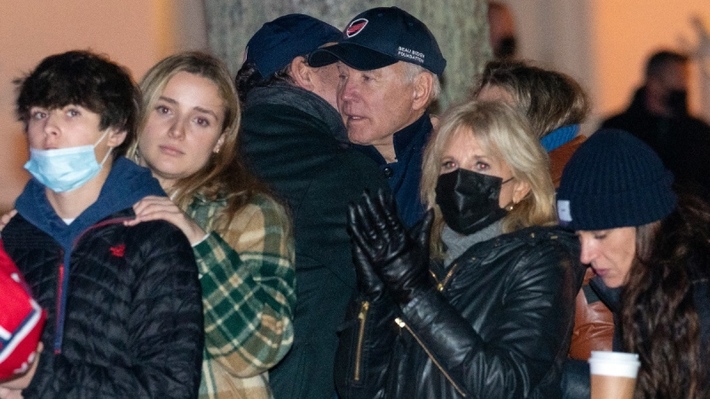 "As was the case when President George W. Bush had the same procedure in 2002 and 2007 and following the process set out in the Constitution," Press Secretary Jen Psaki said in a statement, "President Biden will transfer power to the Vice President for the brief period of time when he is under anesthesia."

Psaki said that Harris would work from her office in the West Wing during the temporary transfer of power, which is outlined in section 3 of the 25th Amendment of the U.S. Constitution.

According to a Tweet from Psaki, the president was in "good spirits" after the procedure and spoke with Harris from the hospital as the transfer of power ended.